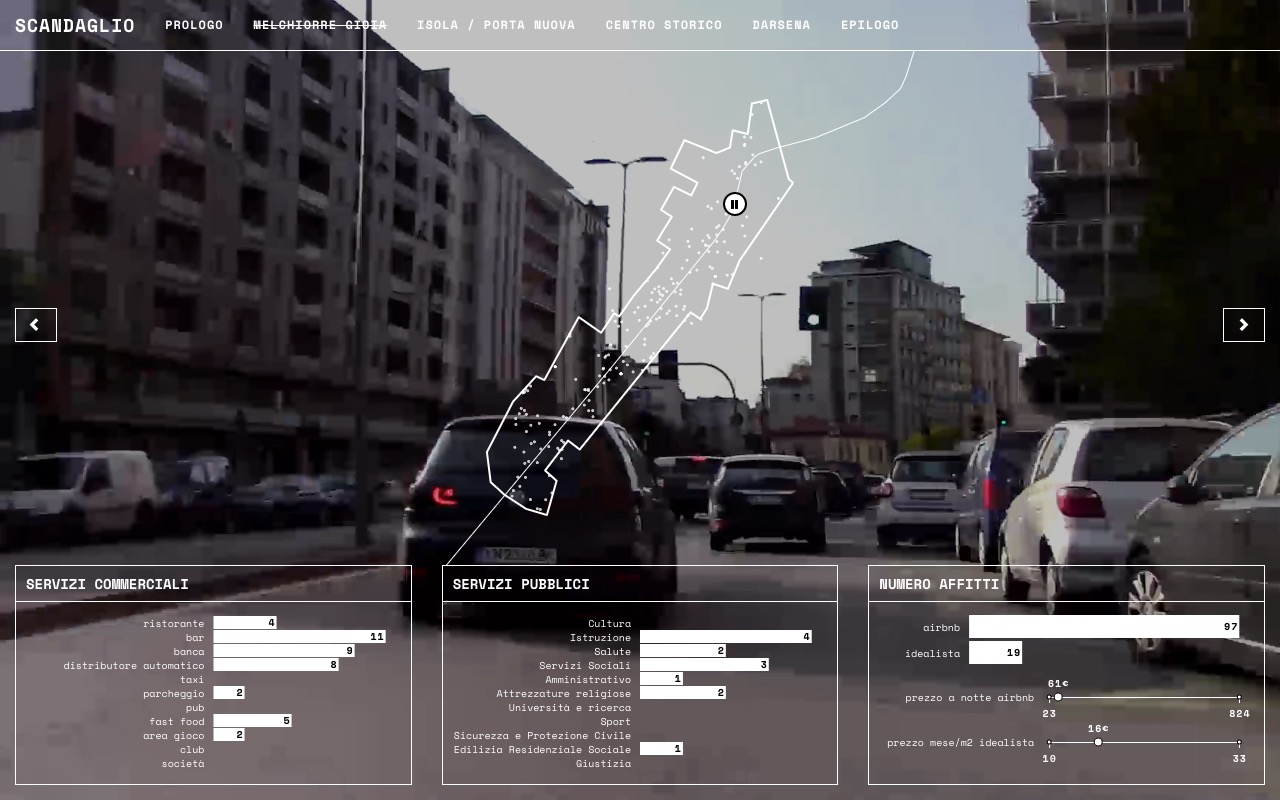 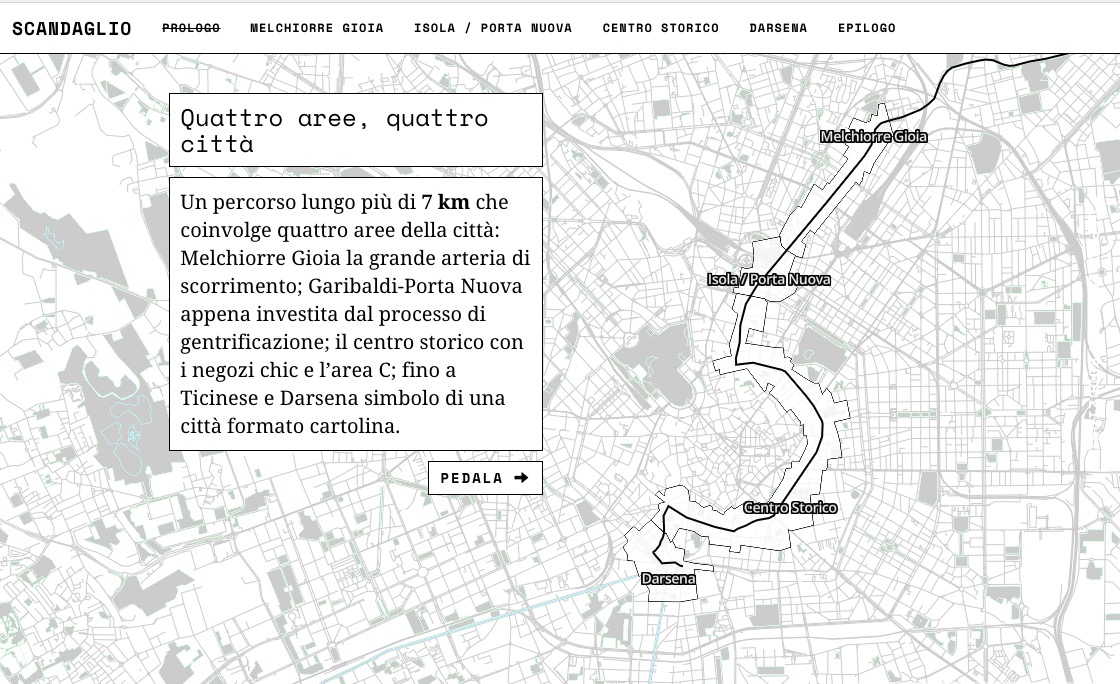 This is the second episode of a larger project call “Scandaglio”, an Italian word that refers to a sounding device, the instrument used to measure the depth of a body of water. The metaphor reflects the aim of the project, which is to go deeper inside the black boxes of Milan’s urban and social changes by exploring their technofixies. It is an ongoing and unfinished experimental project that provides small attempts to find access points within the analyzed phenomenon in the context of Milan’s metropolitan area. Created by Off Topic Lab (a political collective that carries out activism and bottom-up research as it investigates the cracks in the political, physical and social fabric of Milan, Italy). The episode allows to explore the different dimensions of the project of reopening Milan city canals (Navigli). Beginning as a political promise for urban renewal, Off Topic investigated what such a vast project could mean for the city, questioning what impact it might have, or the impact it could have on only one side of the city. Off Topic created a narrative using data that could help to capture the actual picture of the project at that moment, strategically dividing the route where the underground canals might hypothetically pass in four areas. The web platform guide the user to ride a bike along the route where the canal passes underground. While a user is ‘riding’ they see three layers on the screen: map (geographic layer), video (empathic layer, to show what it looks like and see how much the user can recognise the area), and boxes with indicators (data layer of businesses, public services and property values).