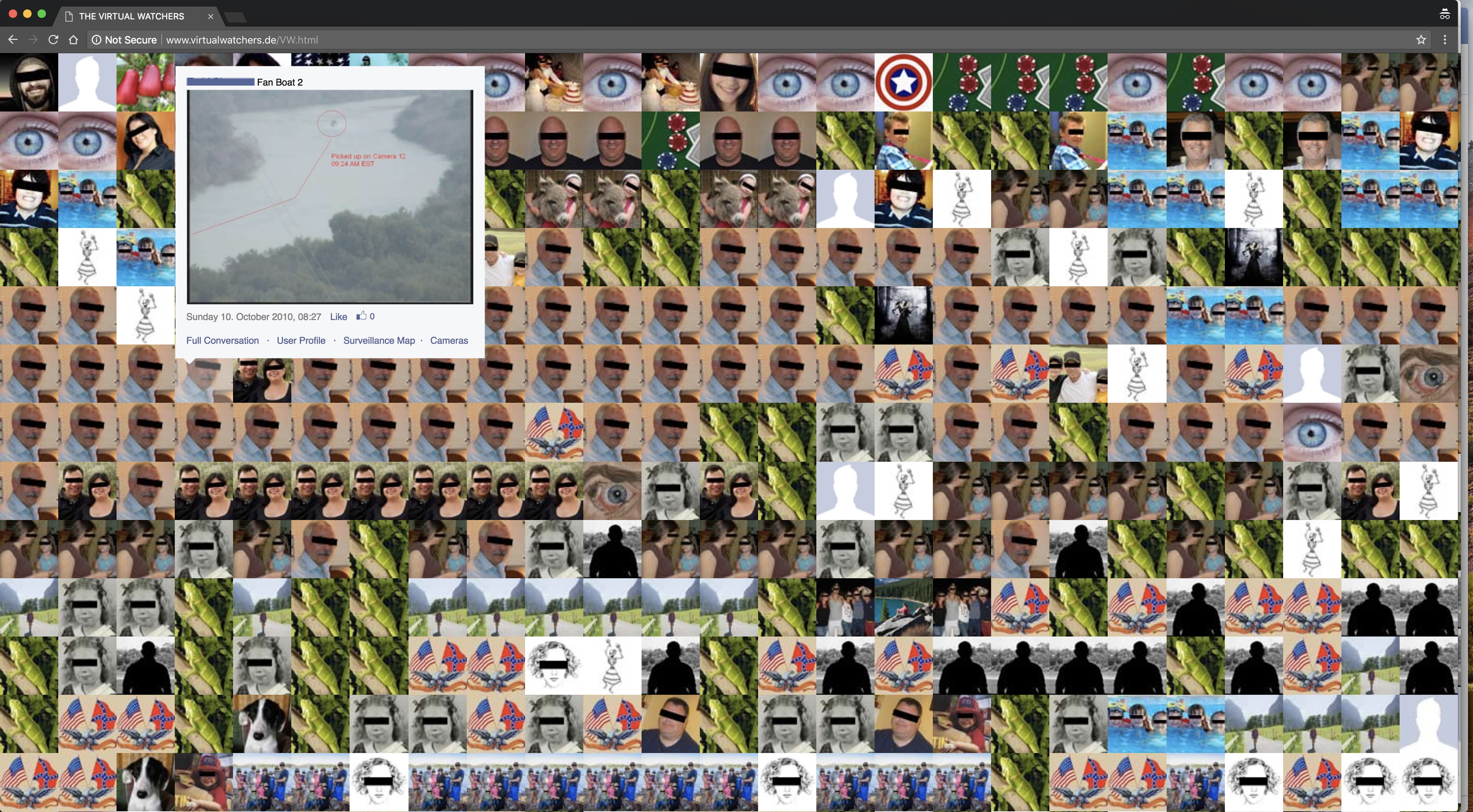 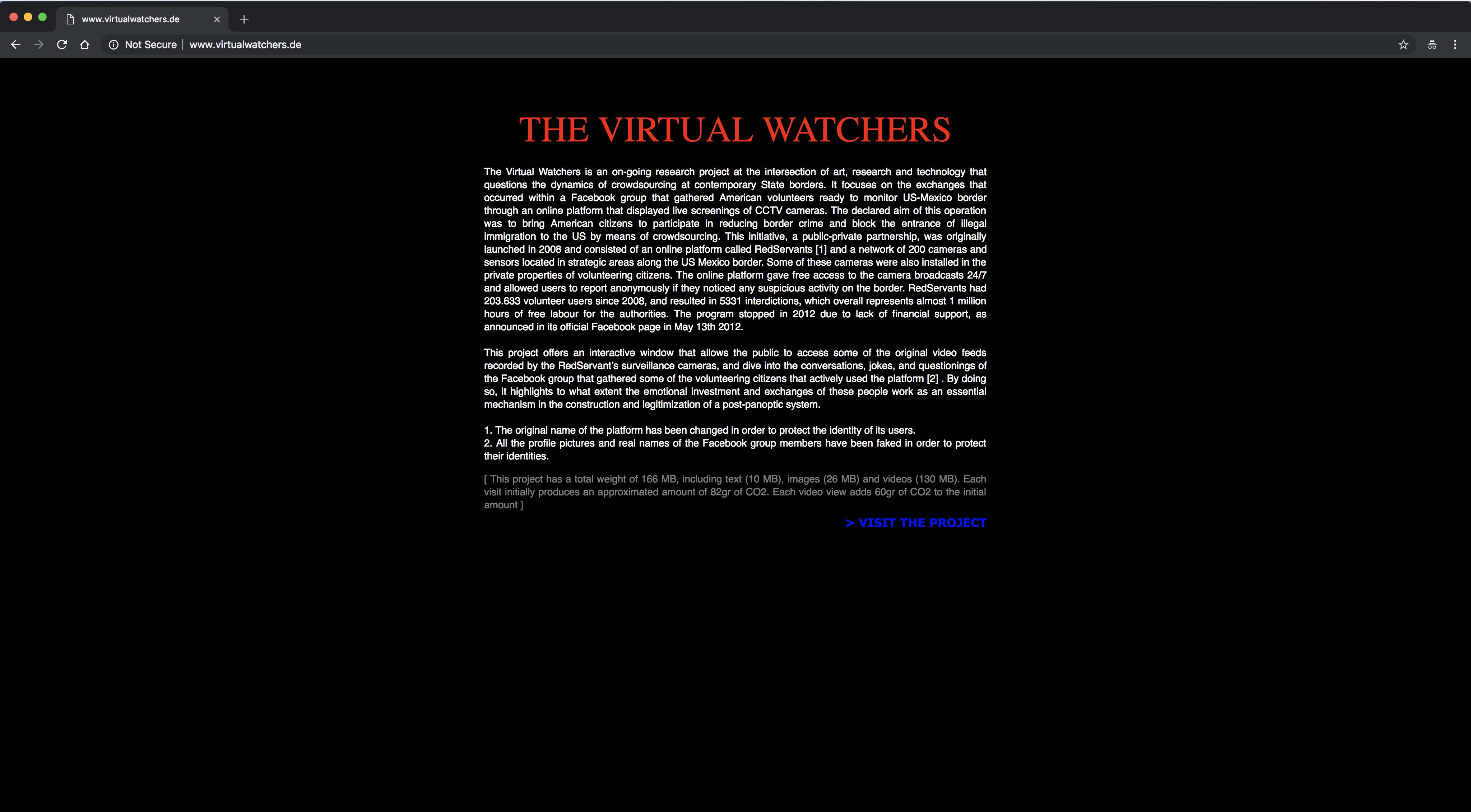 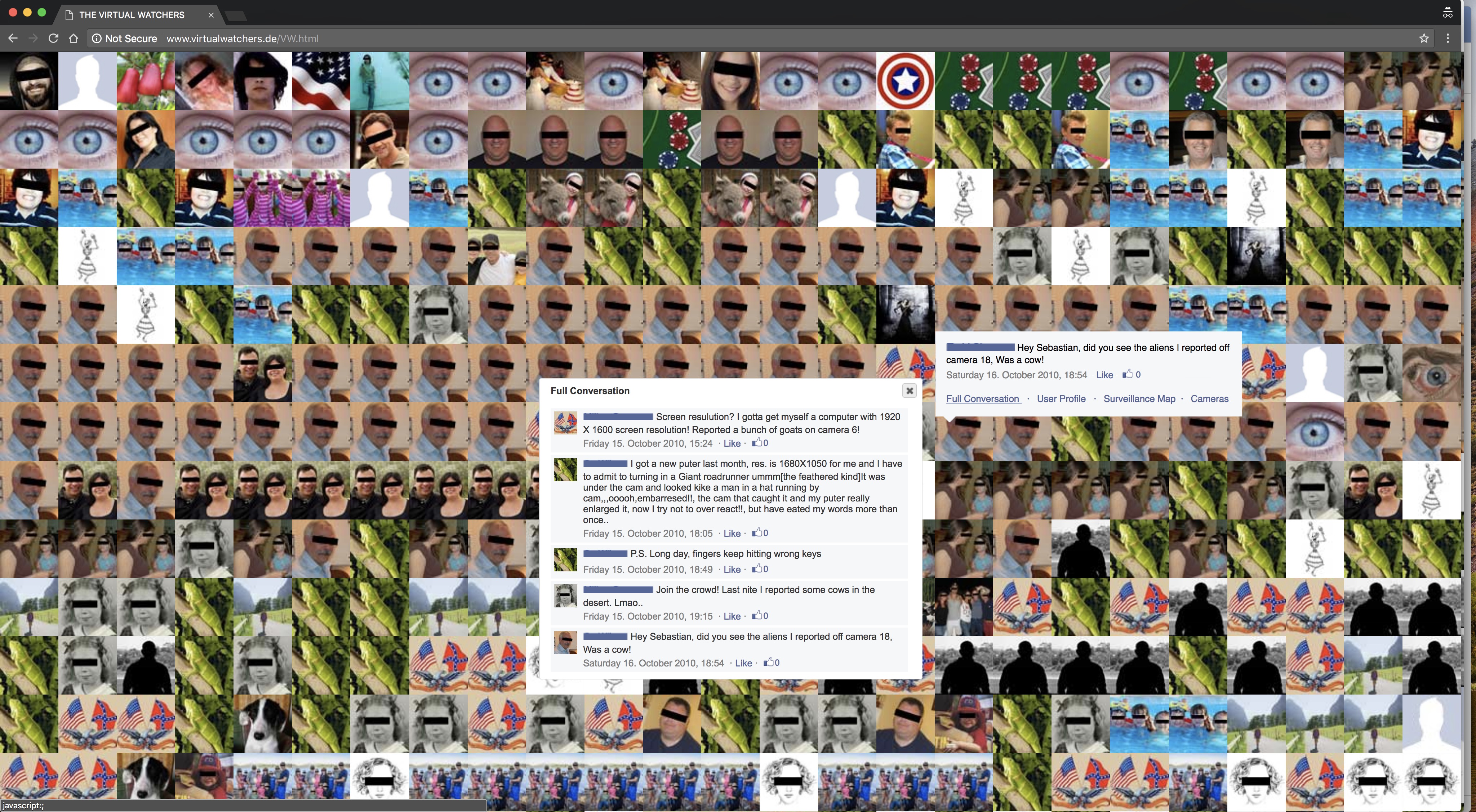 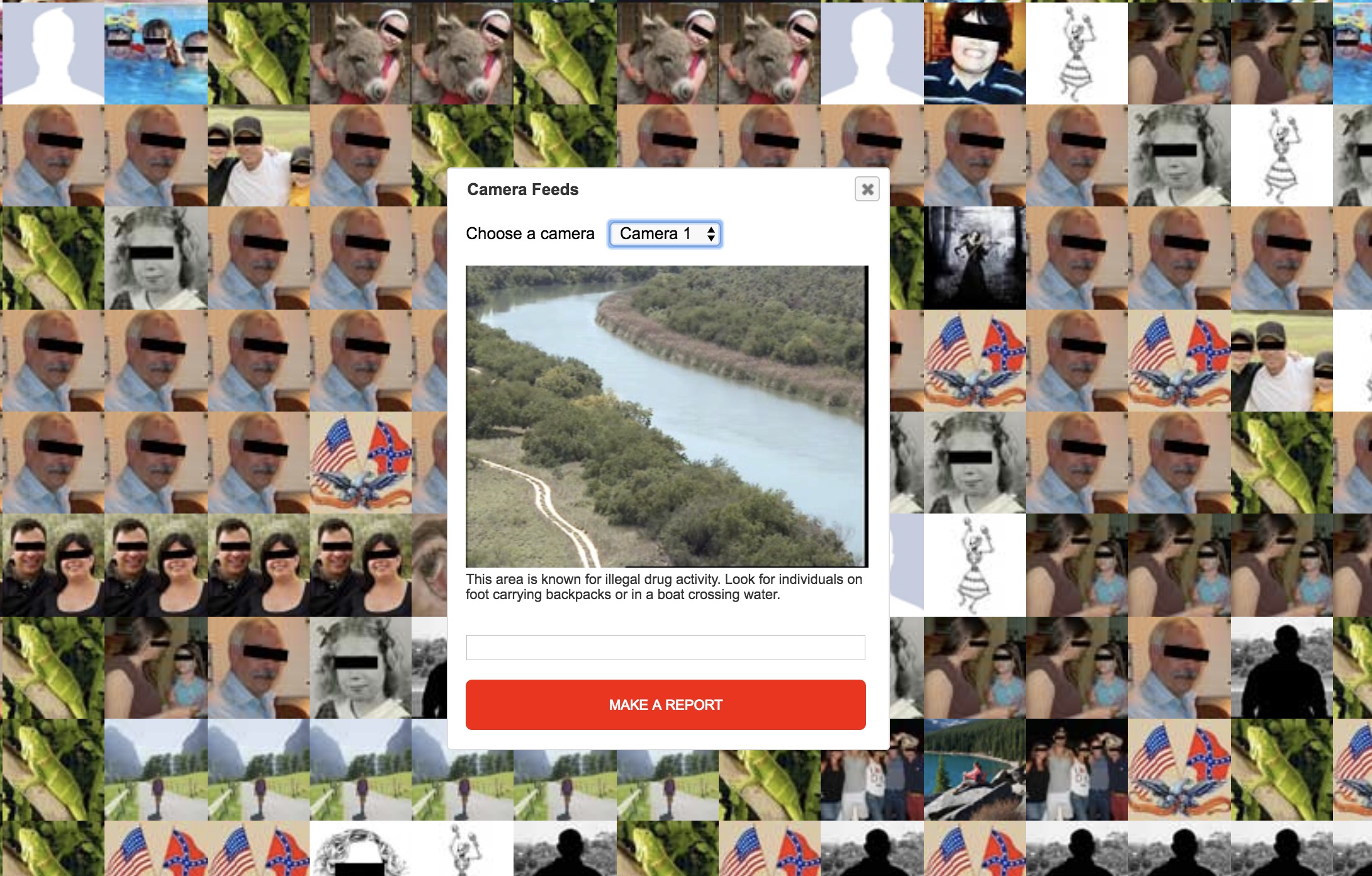 A collaborative project between Spanish artist and researcher Joana Moll and French anthropologist Cédric Parizot. It takes a critical look at the exchanges that occurred within the RedServant Facebook group (the name has been changed to protect the anonymity of real one) between 2010 and 2013. This is a group of volunteer citizens who are conducting surveillance on the US/Mexico border using a dedicate surveillance platform and a Facebook group for “community building”. Moll infiltrated both platforms, gaining access to conversations, profiles, and information that was shared. As the authors explain, the “project intends to stage and problematise the anti-panopticon that RedServant unintentionally created: while people scrutinised and monitored the movement of others that they could hardly identify, they have exposed their identities, addresses, and sometimes parts of their intimate lives through Facebook”. The Virtual Watchers interface allows the public to scrutinize the individual conversations, comments, questions, and answers that the members of the group made during the years of group activity, while keeping their identities anonymous. Re-proposing the Facebook group interface is a way of presenting the dynamics in the context in which they occurred, recontextualizing those dynamics by making evident the surveillance of the surveillants. It is also remarkably that the authors choose to depict every single exchange that happened within the group instead of aggregating the data into other types of visualizations.