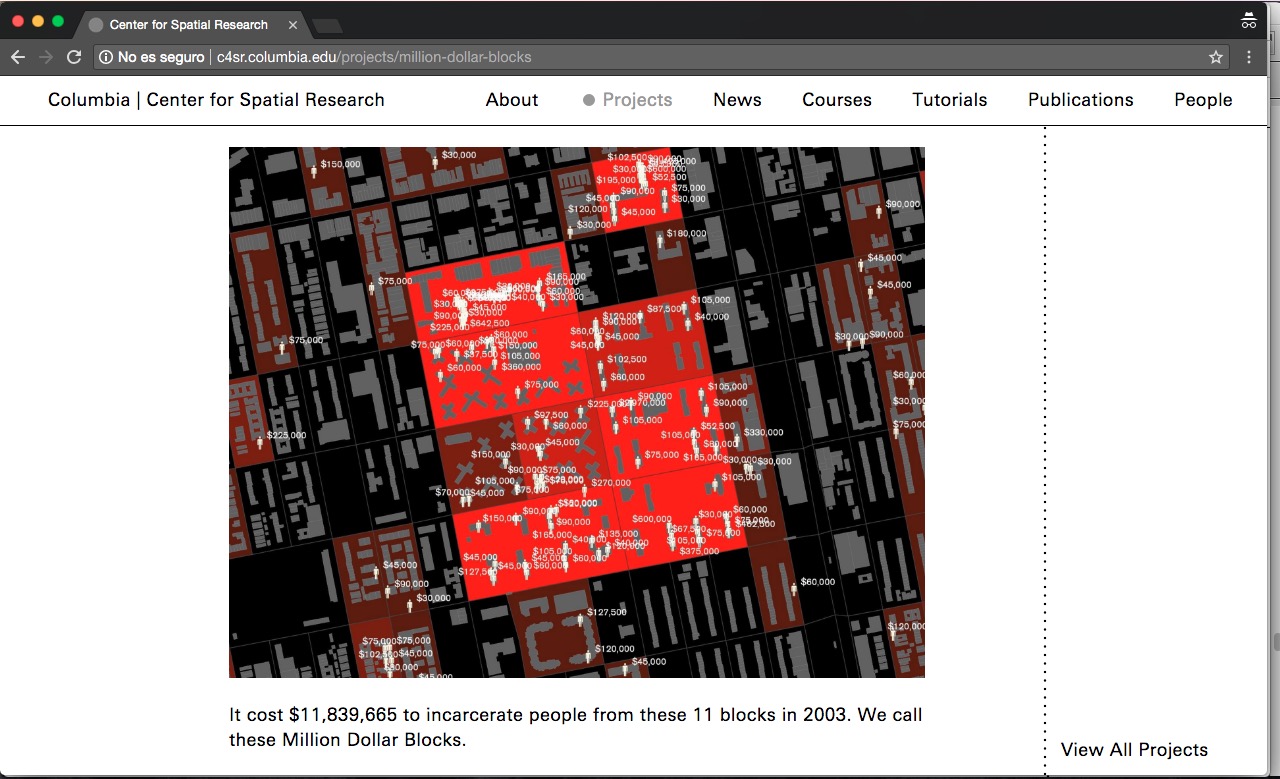 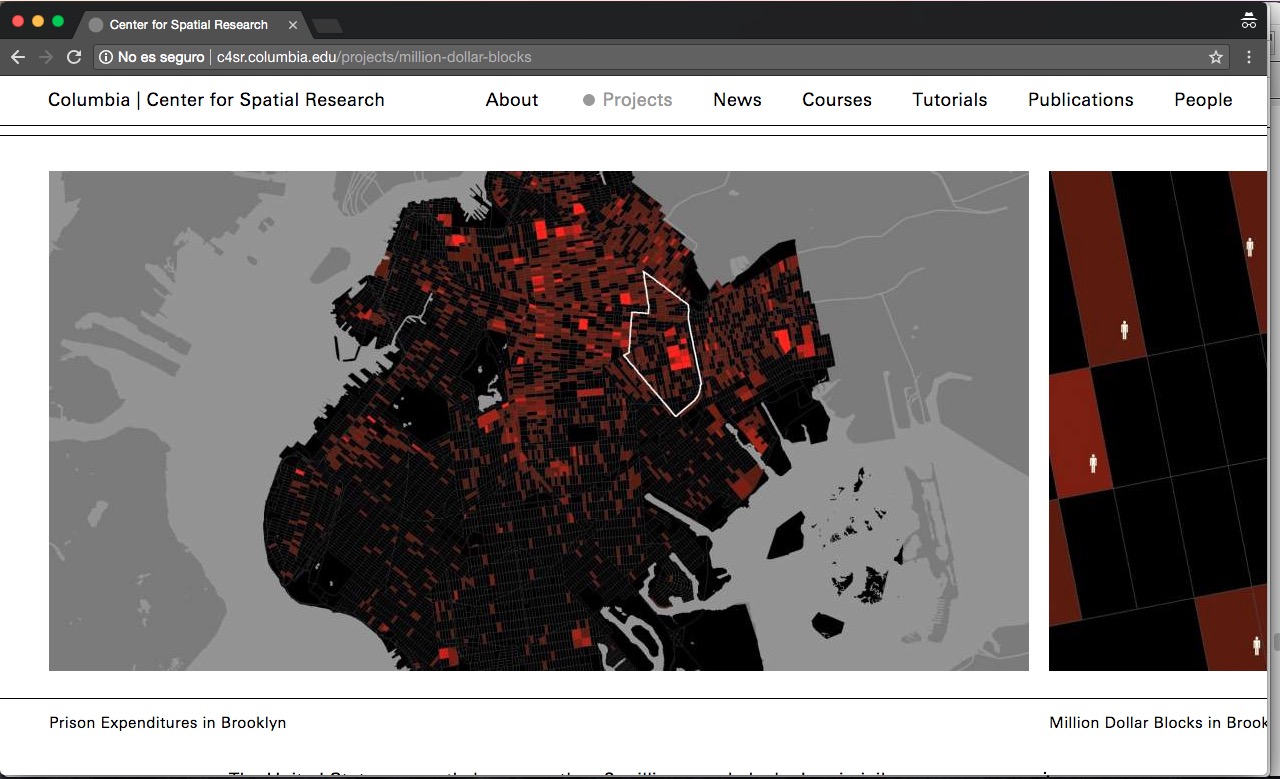 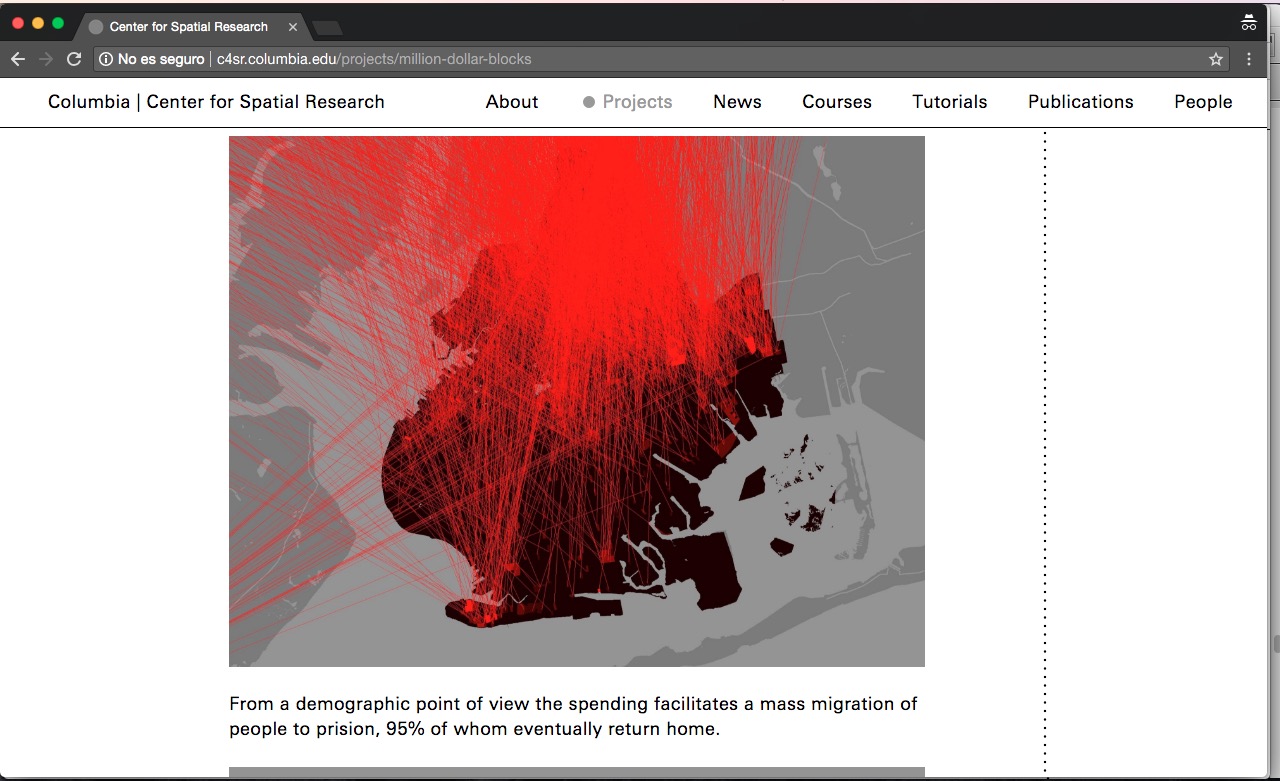 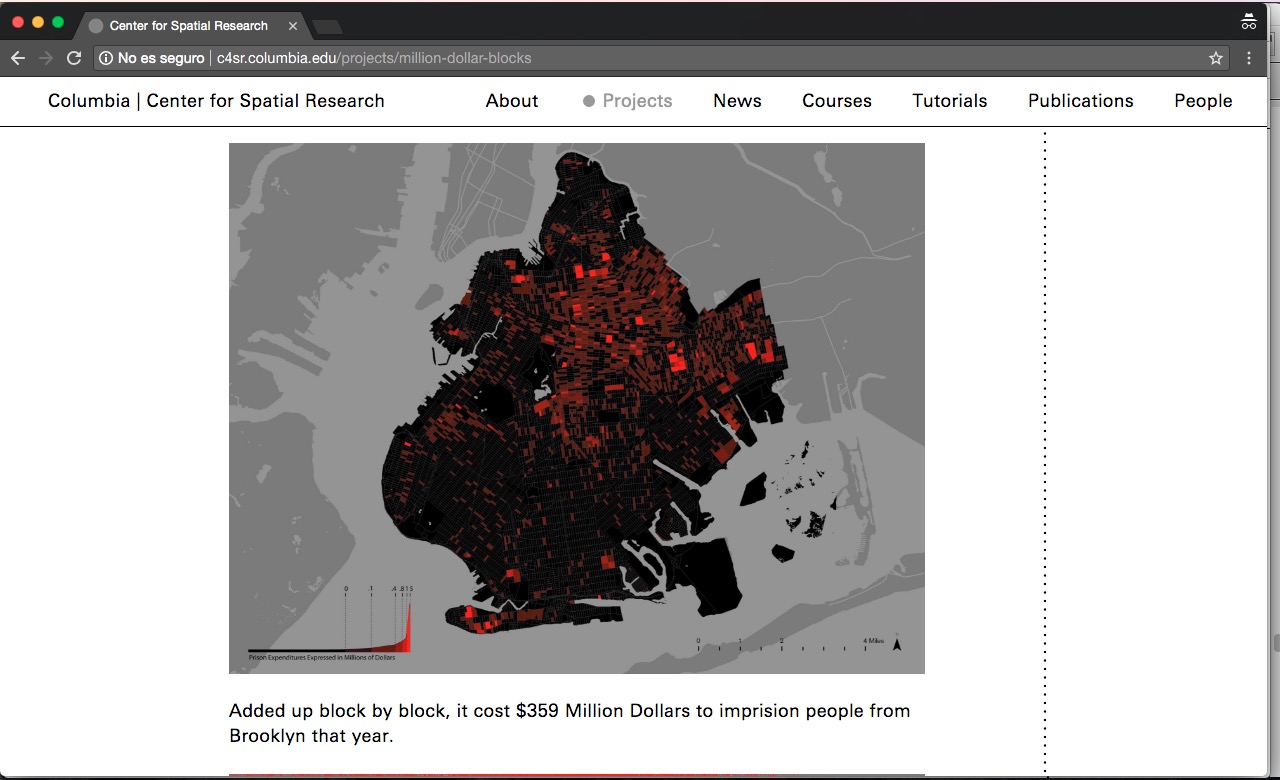 It is a spatial diagram of the underlying narrative hidden behind the conventional understanding of that time of the incarceration system in the United States. The visualization tells a new, critical, political story based on the historical data that have never been correlated in context. Instead of assuming the classic approach of mapping where the crimes occurred, the project starts by asking where the incarcerated people come from. The visualization questions the conventional way of looking at incarceration (i.e: “Where do the crimes occur? How many prisoners are there and in what jails? How much is the expense of keeping the prisoners in jail?”) by asking questions that have to do with the relations of origin of the prison population, looking at a step prior to the crimes themselves. In this way, the project moves the notion of the conflict of crimes and the prison population towards the risk factors that exist around a certain portion of the population to commit and reoffend crimes. Laura Kurgan argues that for showing this, Million-Dollar Blocks borrows and inverts the language of crime “hot spot” maps. This twist in how the data is plotted reveals a hidden relationship between where the prisoners are from and the amount of money that goes into keeping them behind bars. The maps represent the prison situation in five cities: New Haven, New Orleans, New York City, Phoenix, and Wichita. They are scalable maps that allow seeing the macro panorama of the cities and thus to understand the context of the phenomena, and at the same time to zoom to see the detail of each block. “The geography of incarceration is both a micro and a macro feature of contemporary urbanism. Looking at the block is essential, but it fails to make much sense unless it’s seen within the context of a larger metropolitan infrastructure of criminal justice and social services . . . and vice versa.” (from “Close Up at a Distance” written by Laura Kurgan, 2013, p 188). Million Dollar Blocks is the first of a series of projects to be undertaken by SIDL, as part of a two year research and development project on Graphical Innovation in Justice Mapping. The project, generously supported by the JEHT Foundation and by the Open Society Institute activates a partnership between the Justice Mapping Center (JMC), the JFA Institute (JFA), and the Columbia University Graduate School of Architecture, Planning & Preservation (GSAPP).