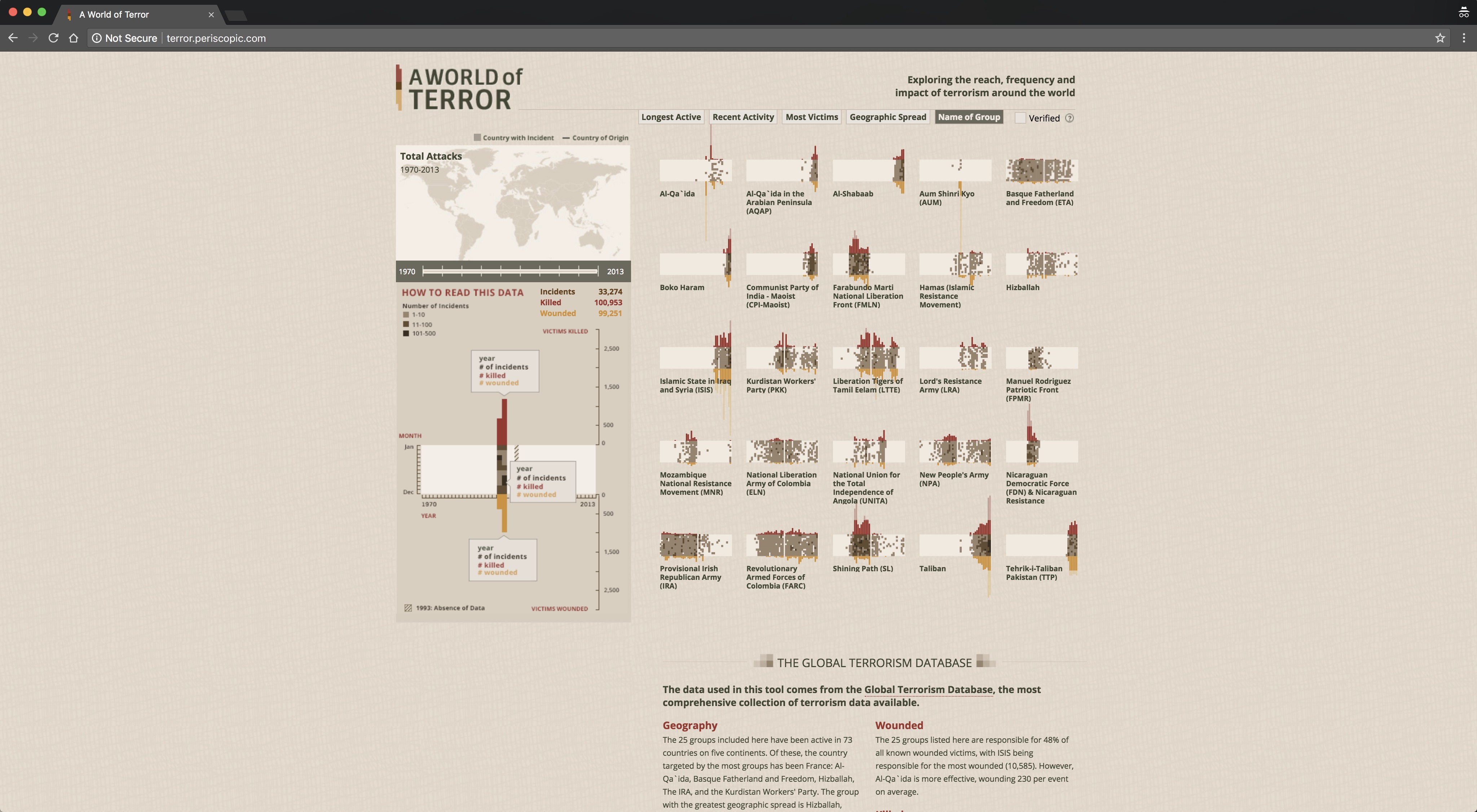 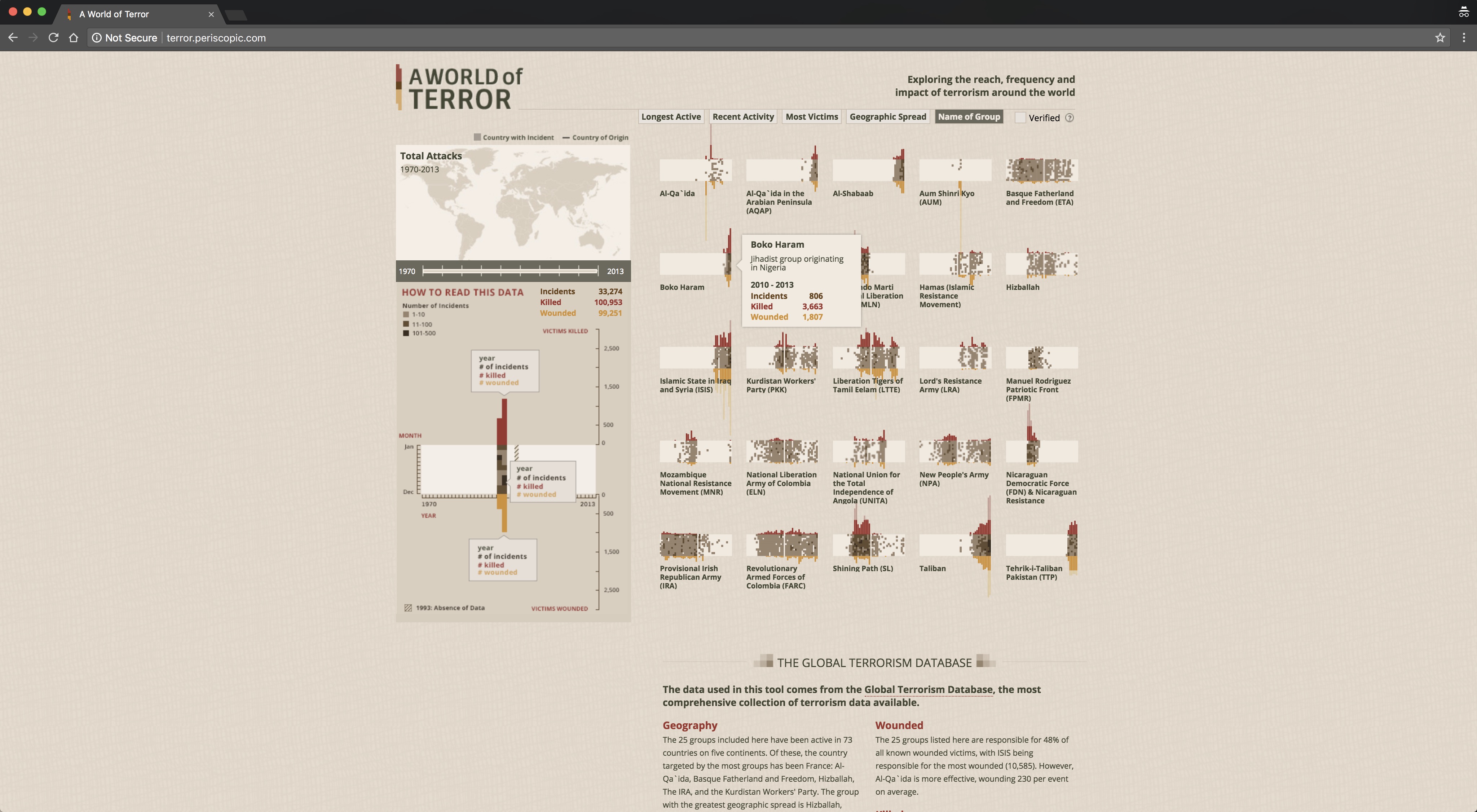 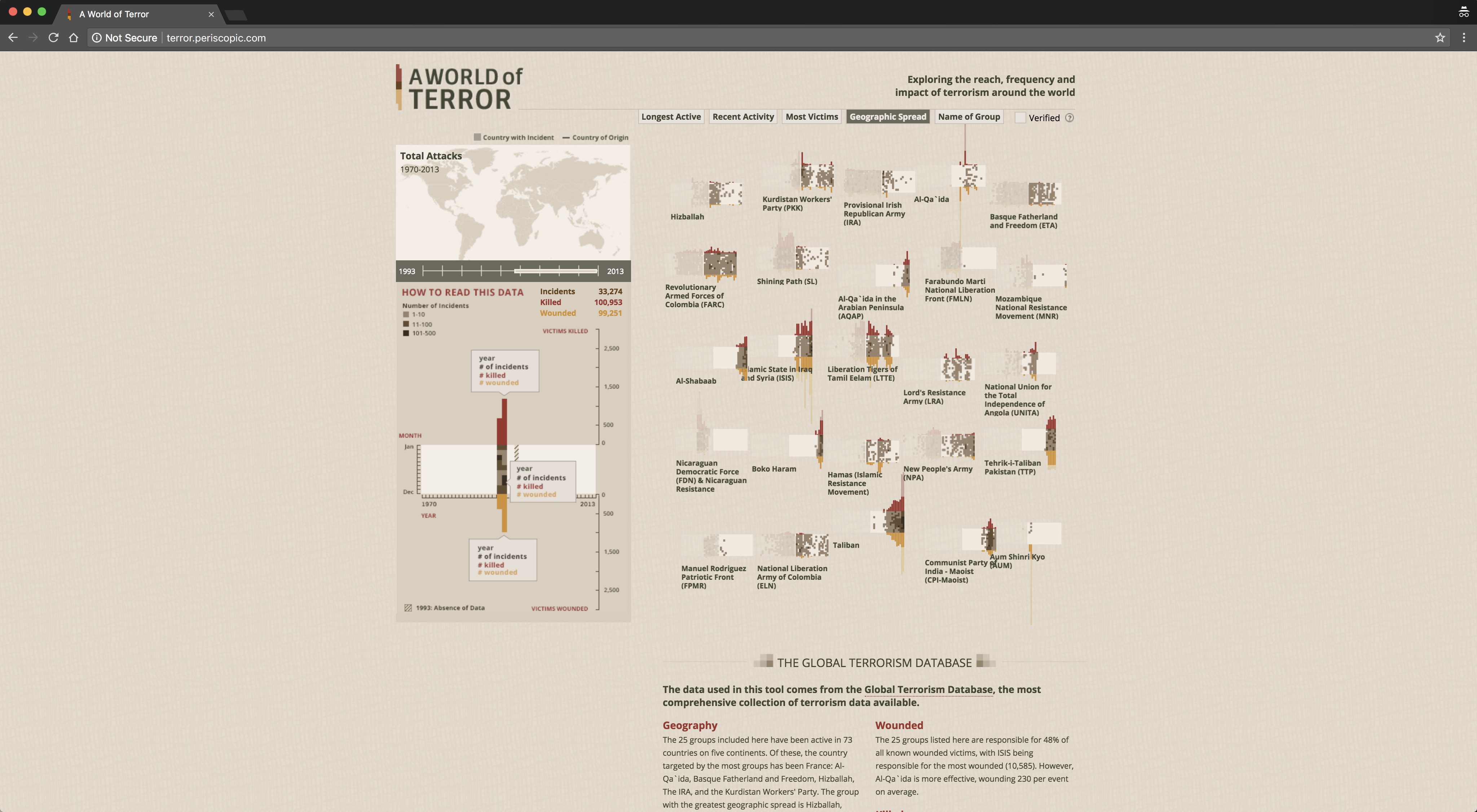 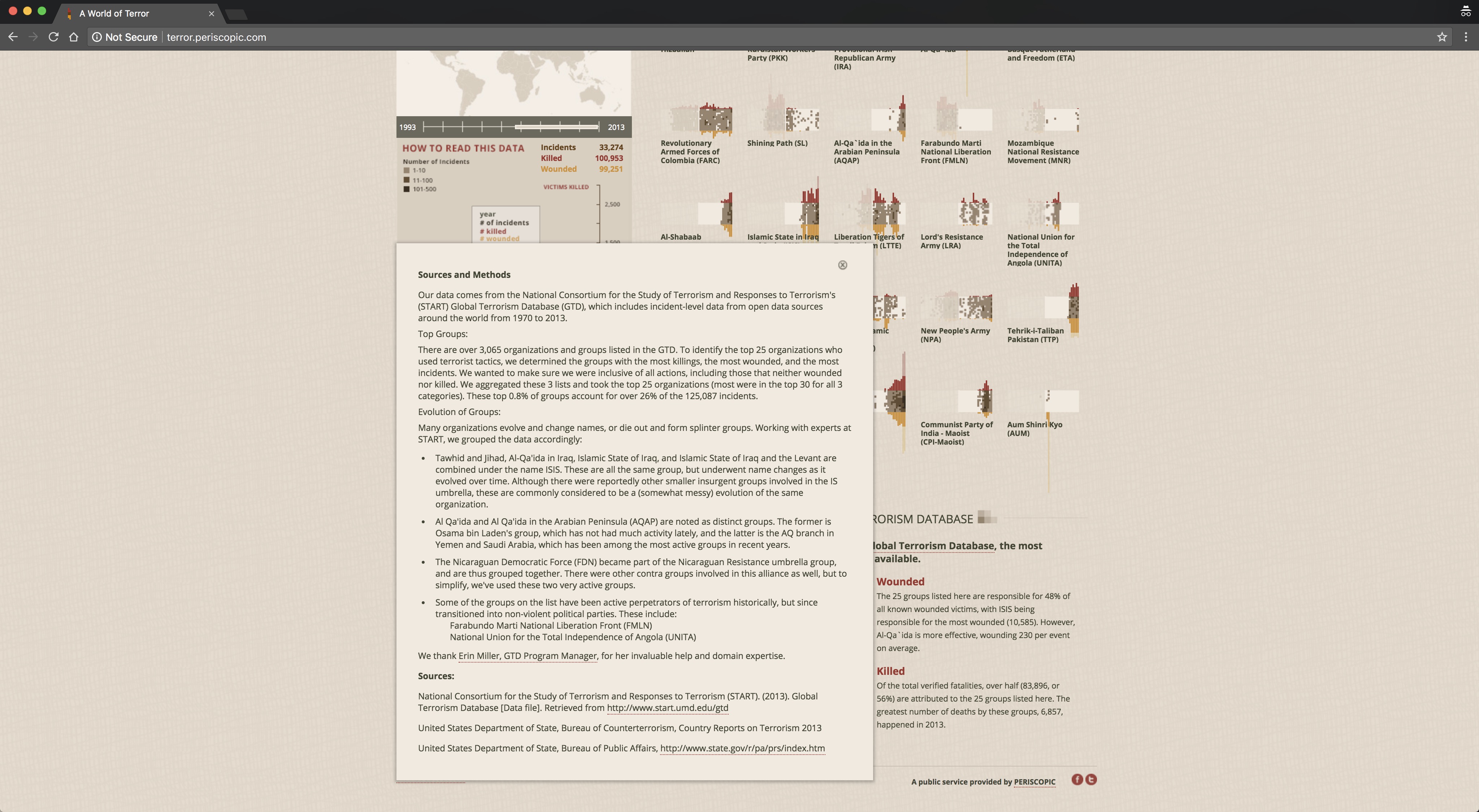 A World of Terror

This project map the reach, frequency, and impact of the most active terrorist entities around the world. Using small-multiples model it’s possible to compare and explore terrorism through time. The project was developed by Periscope. They produce new analysis from available, but unrelated and unexplored, datasets such as the Global Terrorism Database from the National Consortium for the Study of Terrorism and Responses to Terrorism (START) (retrieved from http://www.start.umd.edu/gtd), the United States Department of State, Bureau of Counterterrorism, Country Reports on Terrorism 2013, the United States Department of State, Bureau of Public Affairs, http://www.state.gov/r/pa/prs/index.htm