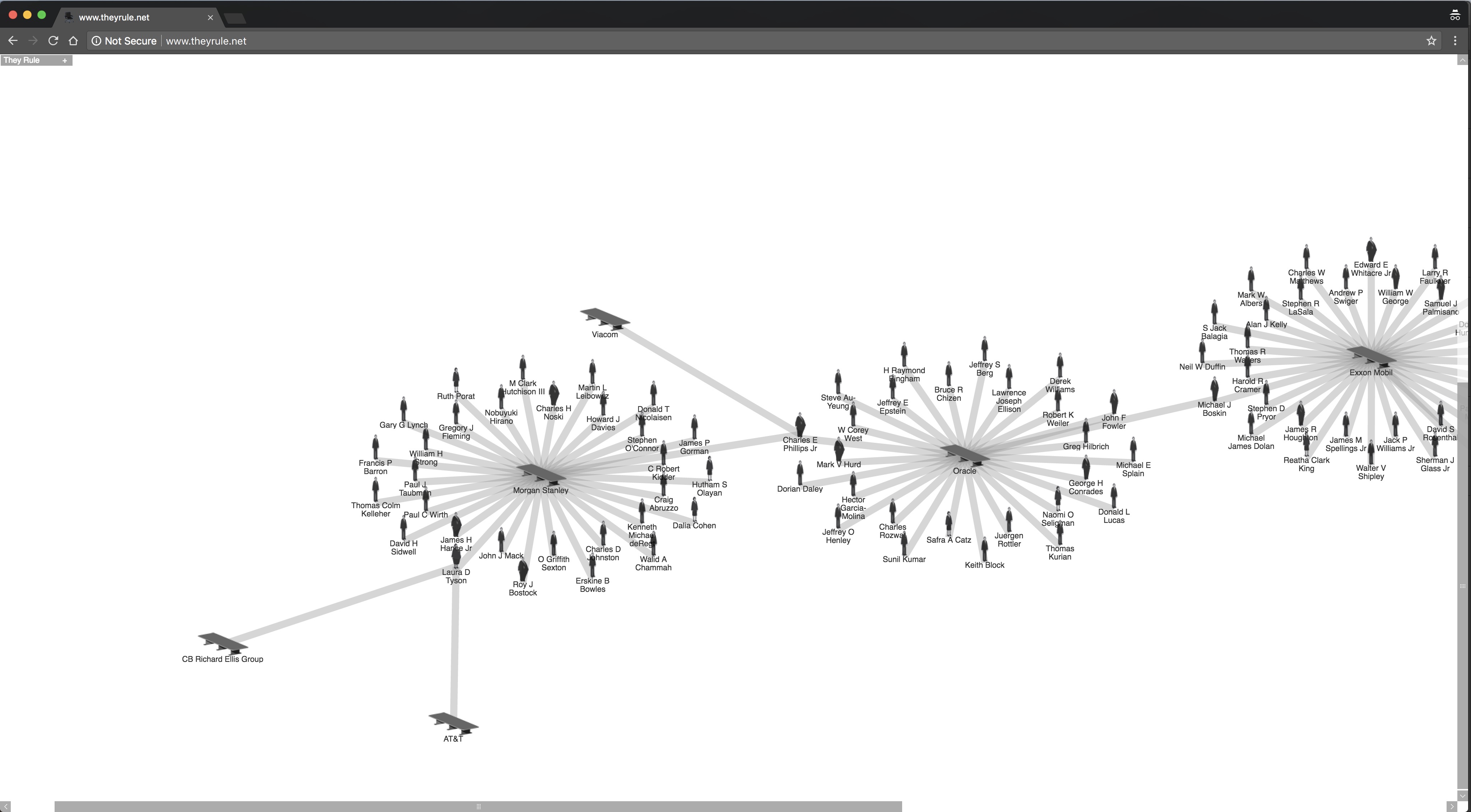 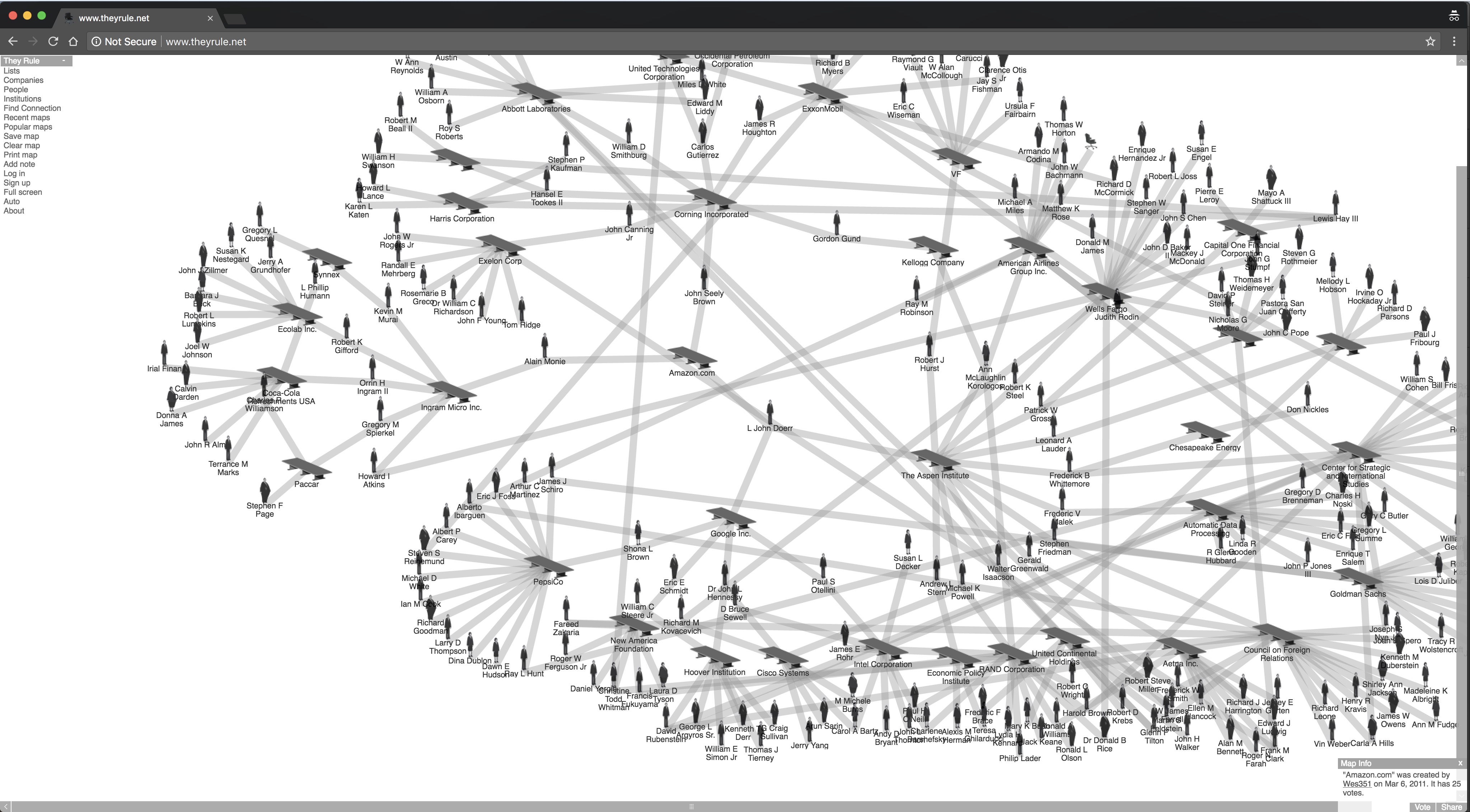 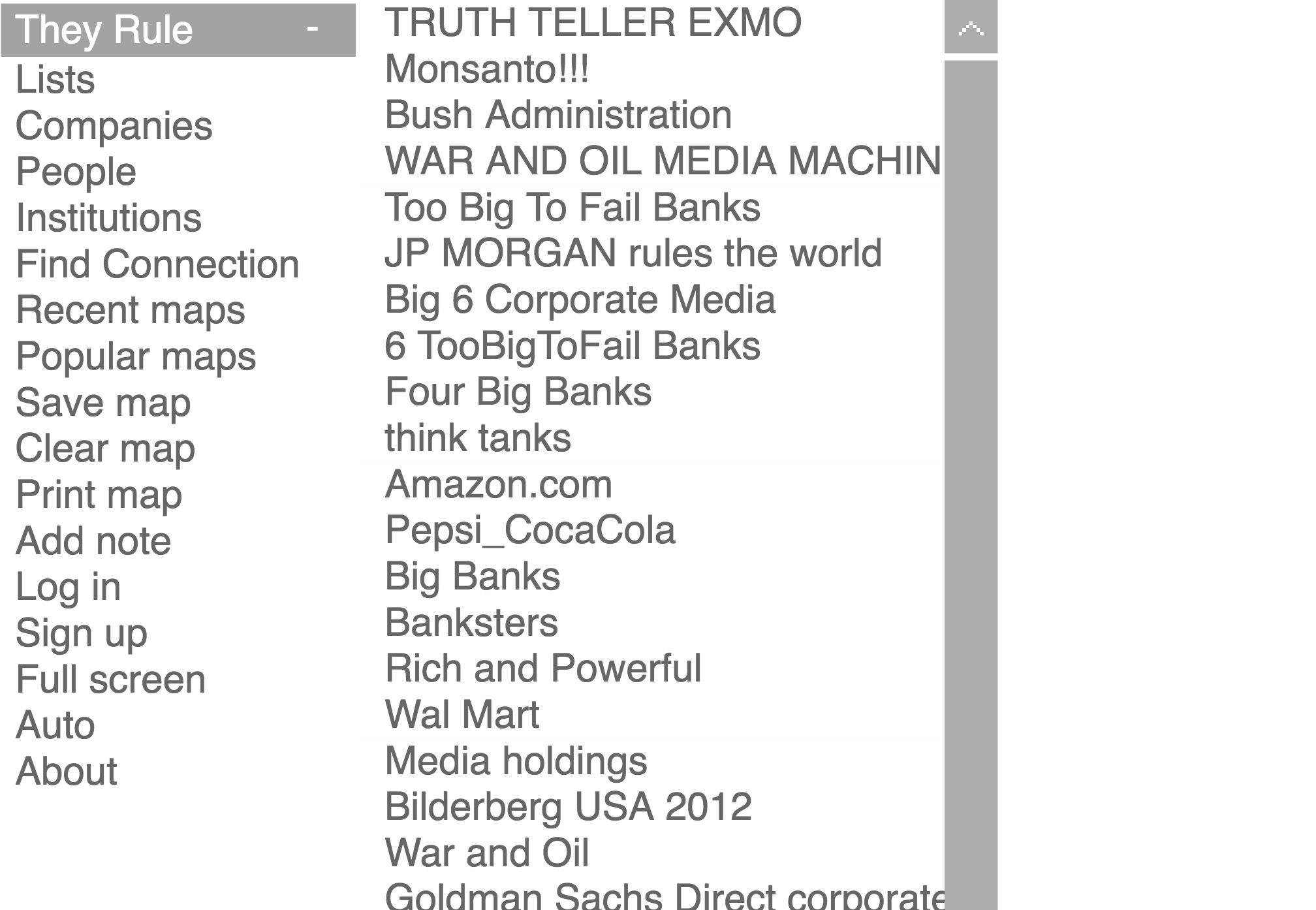 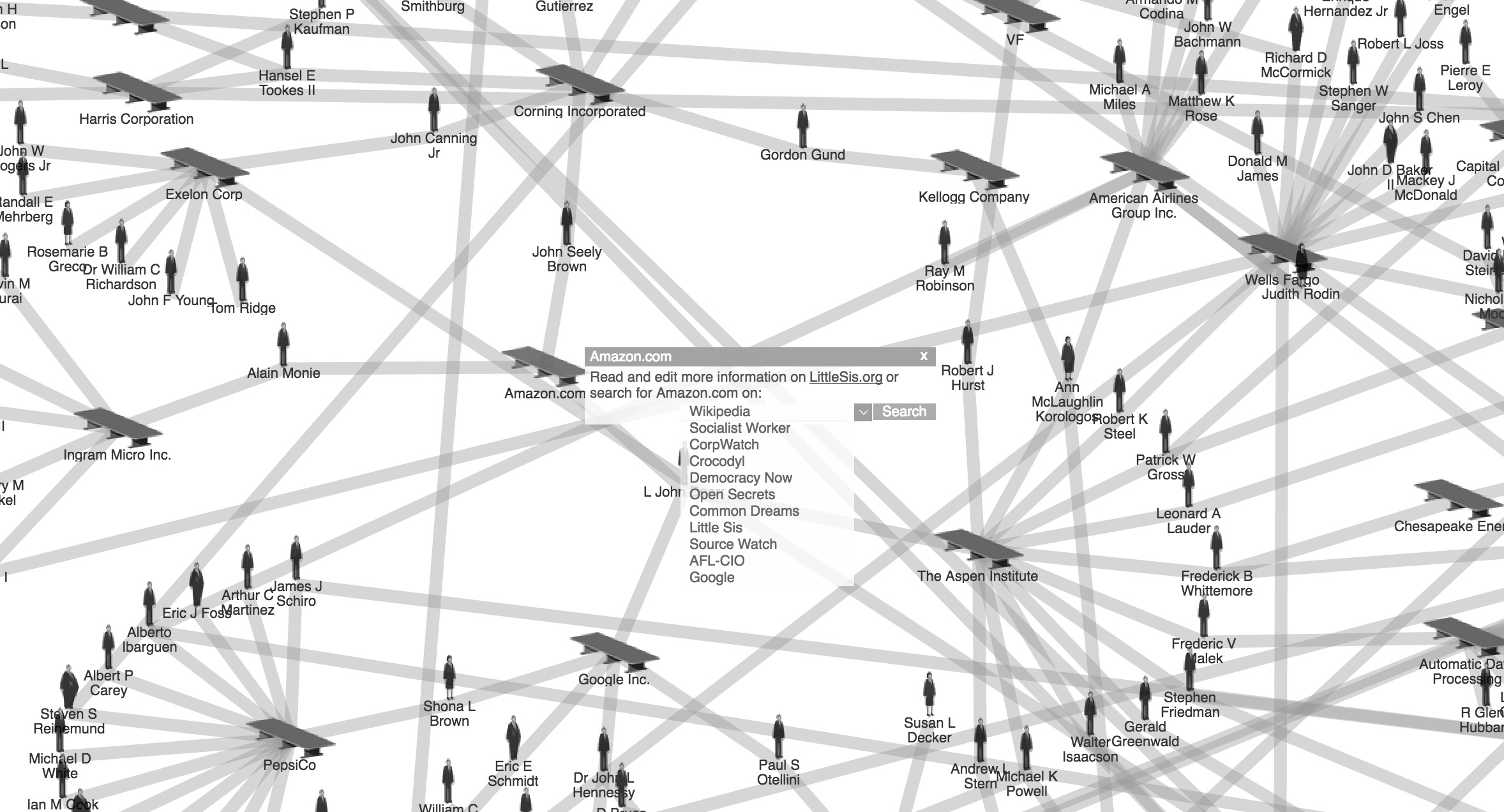 It is one of the pioneers in revealing the implications and power of data visualization, as well as the role that data designers play in them in a scenario where data was starting to be abundant. It is a data visualization project developed by Josh On. It aims to make visible some of the relationships of the U.S. ruling class. It is still available on a website where you can browse the networks of influence and power of the boards of some of the most powerful companies in America. Users can browse pre-designed maps as examples or browse the networks and generate others. Network visualization allows corroborating things that are known but not seen until then as directors of powerful companies repeating themselves in more than one company, concentrating power in a few. “They Rule is a starting point for research on these powerful individuals and corporations.” (On, 2008). The project is built using a database created by LittleSis.org, an NGO that self-describe as a “grassroots watchdog network connecting the dots between the world’s most powerful people and organizations”. However, “They Rule” is not a real-time representation of a dataset as the formation of company directories is constantly changing. The project invites to be seen as “a launching pad for research and not as the definitive representation of reality. Currently, we find many representations of power networks of politicians, businessmen, corporations, knowledge networks, etc. What makes “They Rule” is that it was one of the pioneering projects in making visible the relationships between individuals that constitute the power class. It manages to give an image to something abstract like the connections between individuals as well as giving a materiality to that power (by means of icons with name and surname). Like “Million-Dollar Blocks”, this project does not attempt to impose or give an answer on the power class. It is proposed as a tool to start asking more questions, constantly questioning the conflict in the interests of the most powerful.