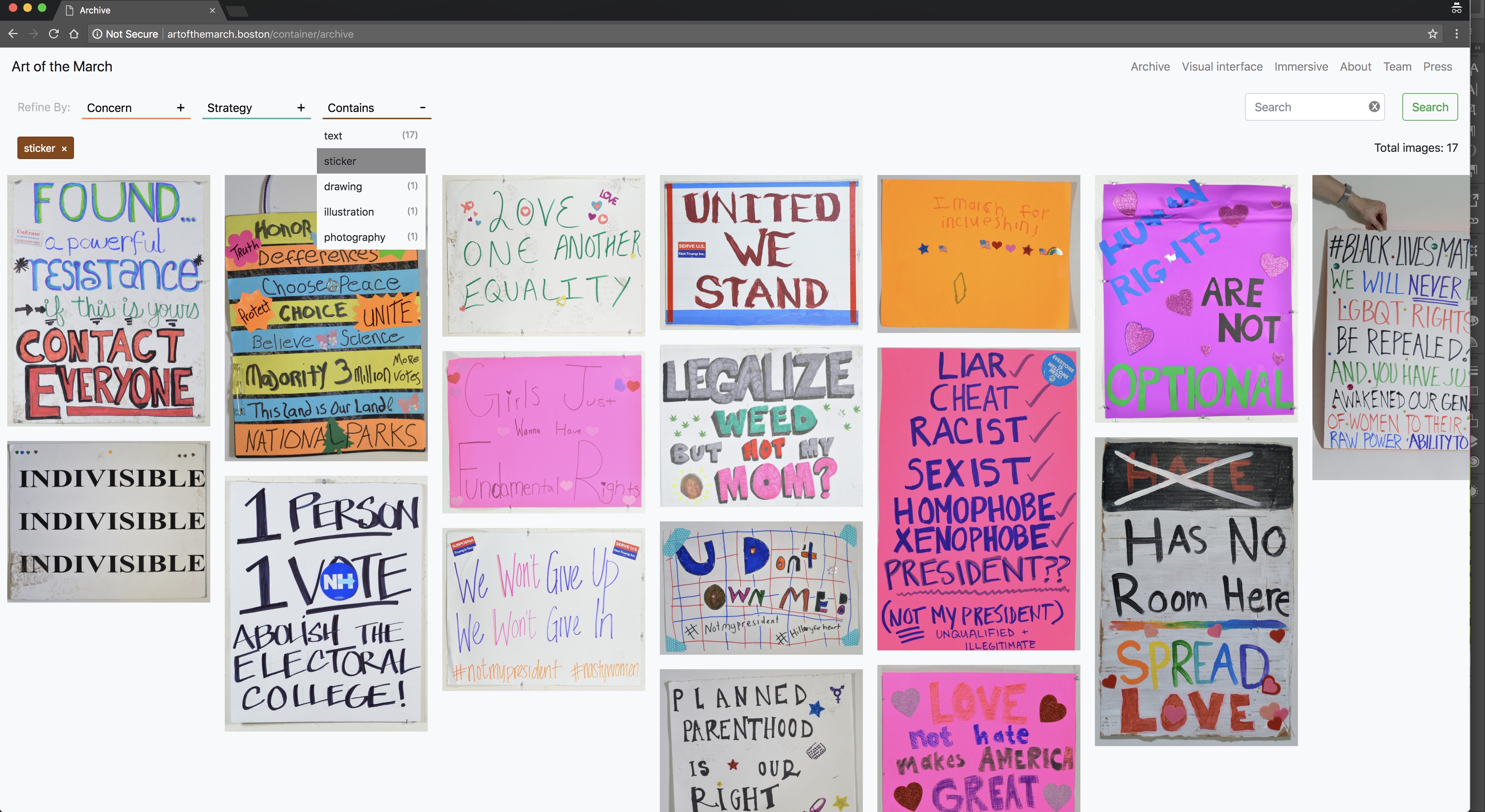 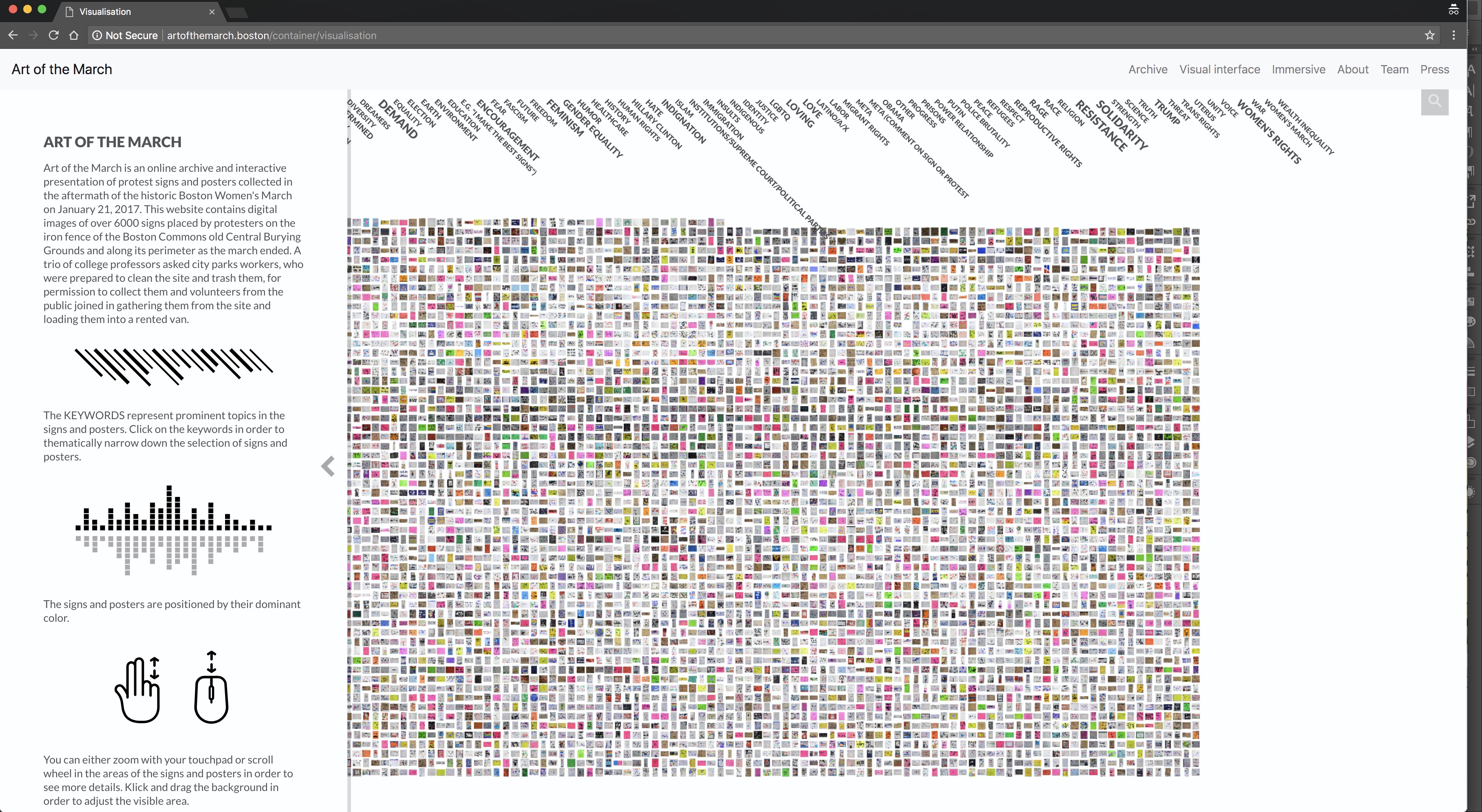 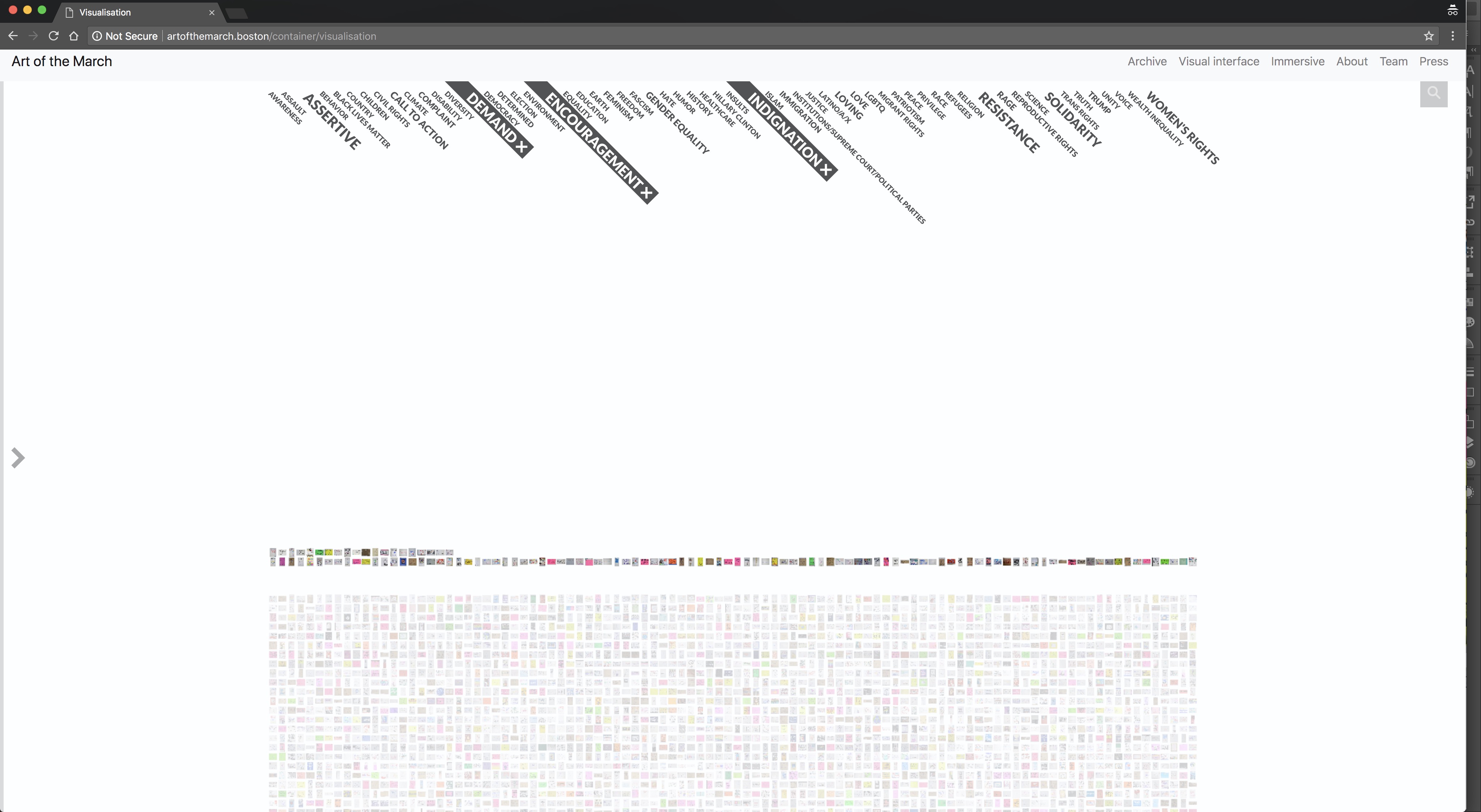 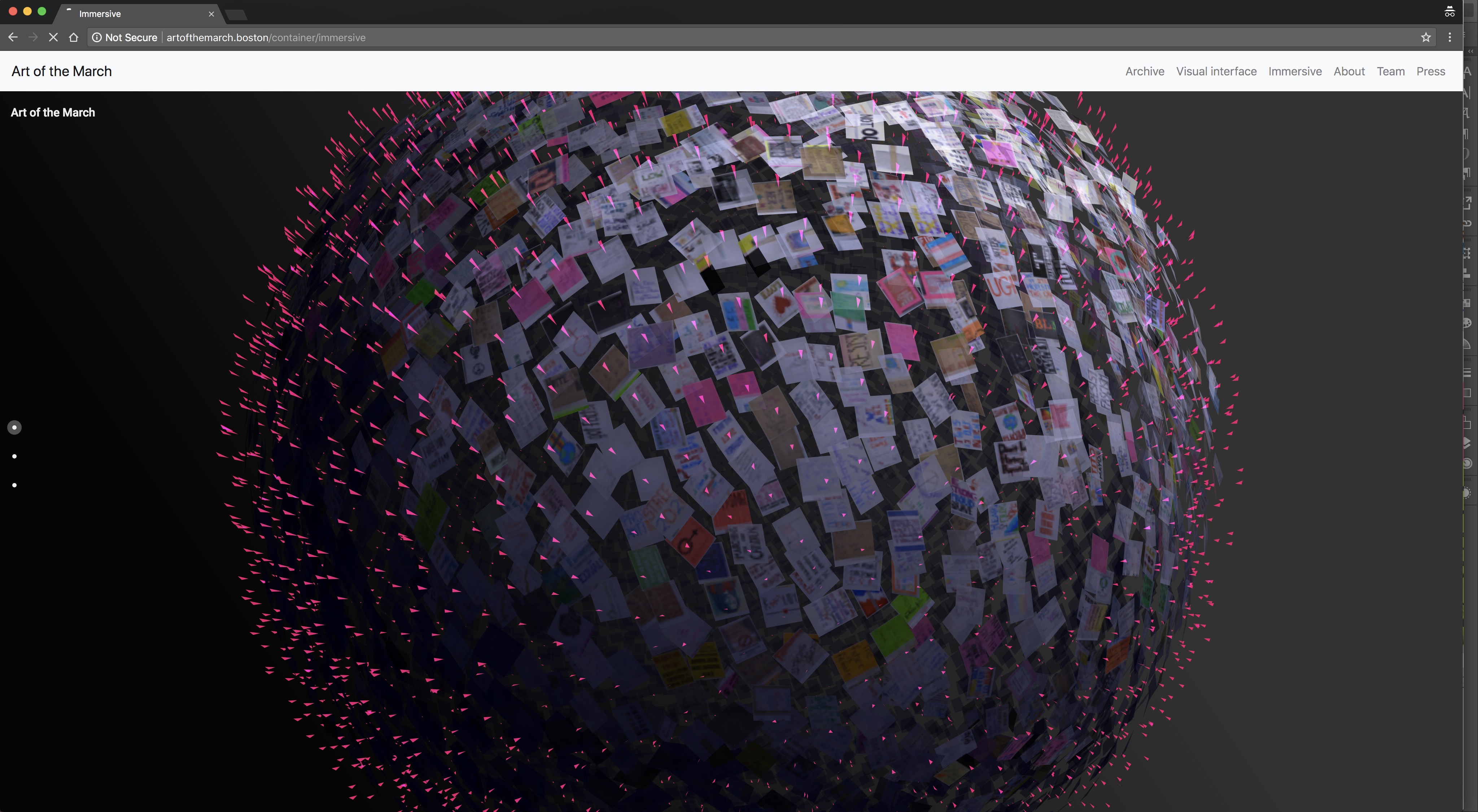 Art of the march

The platform is conceived as an archive of the signs created for the Boston Women’s March on January 21st, 2017. Through impressive and attractive interfaces (“archive”, “visual interface” and “immersive”) users could dive through a collection of over 6,000 signs. The web project is very inspiring and undoubtedly seeks to contribute to the construction of history of social protests. Dedicated to the Organizers and Participants of the Boston Women’s March, January 21, 2017, the project is lead by scholars Alessandra Renzi, Dietmar Offenhuber and Nathan Felde. The project is based on the code behind “Past Visions”, a collaborative effort by Katrin Glinka, Christopher Pietsch, and Marian Dörk carried out in the context of the VIKUS project (2014-2017). The software was designed and developed by Christopher Pietsch and is available under an open source license on GitHub.